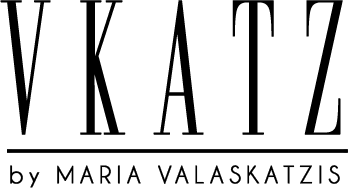 “The secret to good memory is attention, and attention to a subject depends upon our interest in it. We rarely forget that which has made a deep impression on our minds” (Edwards, 2011).

Memory coding and memory retrieval are based on the idea that the environment is filled with different stimuli. It is imperative to understand attention and the principles that aid memory because of attention (Long et al., 2018). This essay will outline critical theories in attention and memory and the key concepts governing ADHD in South Africa.

The essay will begin by discussing the critical theorists and concepts of attention.

According to Ipser et al. (2016), the foundation of theories of attention is grounded in information-processing models of attention. Although the environment is saturated with stimuli, selective attention occurs. Donald Broadbent was a forerunner in attention research. He saw attention in two stages. The first is when channels are identified for their particular characteristics, like volume. The second is when the selective filter allows only one of the channels to be processed. This became known as the Filter Theory of Attention (Ipser et al., 2016).

Broadbent validated this through the Dichotic Listening task (Isper et al., 2016). In this task, individuals used headphones, and two sets of numbers were played in each ear. They were then asked to repeat the numbers. The finding was that individuals found it easier to repeat the numbers when they were played in each ear. Furthermore, the fewer times the channels were switched, the easier the task became (Isper et al., 2016).

The Dichotic Listening task was further adapted to include shadowing. Shadowing is when individuals are instructed to listen to the message in one ear (attended) while ignoring the message in the other ear (unattended). Although the participants were aware of the attended message, they could still differentiate the characteristics of the unattended message (Eysenk & Keane, 2010).

According to Isper et al. (2016), although Broadbent’s theory postulates that people can focus on one channel when no shadowing is present, some people could remember short sentences or a list of numbers played on the other ear. Broadbent explained this by saying that stimuli are stored in the sensory-motor store and can be retrieved because not too much time has passed.

According to Cherry (1953), the Cocktail party effect, which allows an individual in conversation to give attention to another conversation, invalidates Broadbent’s idea of a selective filter. Gray and Wedderburn (1960) criticized Broadbent’s theory; instead of only using numbers, they included words. They asked participants to repeat what they heard either ear by ear or category-by-category. They found that categorization was more manageable, which questions Broadbent’s theory.

According to Ipser et al. (2016), Treisman’s attenuation theory of attention argued that although people ignore unattended channels, in certain circumstances, retrieval can occur. According to Treisman and Gelade (1980), Treisman’s feature-integration theory assisted in understanding the pop-out effect. The target stimulus pops out when the stimuli and the distractor fluctuate by one element. However, if there are many differences, it will take longer to detect the target stimulus as it requires resources for processing. Feature integration theory was criticized for not taking into account visual tasks (Duncan & Humphreys, 1989).

According to Duncan (1984), this theory requires objects to be analyzed. It seeks to explain how participants were shown two overlapping shapes and can choose to focus on one while ignoring the other. Object-oriented attention theorists state that the stimulus is immediately categorized into objects during the first stage based on things like similarities (Ipser, 2016). Deutche and Deutche (1963) propose that even though the information may be processed, only what is selected will be stored in memory.

Eysenke and Keane (2010) saw attention taking two forms; bottom-up control of attention is a response to a stimulus that might be important for the individual; an example could be the cocktail effect, top-down control of attention is that which you have control over. Although these theorists suggest a single attention system, Posner and Boies (1971) acknowledged three factors: the alerting, orienting, and executive system.

According to the Cambridge Dictionary of American English (1999), memory is the ability to remember. The following will discuss theories and key concepts surrounding memory.

Researchers debated the concepts of IP, shifting towards wanting to understand the process of what we remember and when. According to the IP approach, memory consists of three stages, input, storage, and output (Groom, 1999). Short-term (STM) and long-term (LTM) memory became known as the two-store model of memory (Baddeley, 2007). Lezak et al. (2012) postulated that STM keeps information for seconds unless practiced. On the other hand, LTM contains all life’s experiences and is essentially unlimited (Holt et al., 2012). According to Ipser (2016), LTM can be divided into two, memories that influence present behavior but are not consciously recalled are called implicit memory. Explicit memory is the conscious recollection of facts and can be divided into Episodic memories that have occurred at a specific time and place; sematic, which stores information about the past, and gist memory. Working memory is located at the intersection of memory and attention, and it allows for the keeping and manipulation of information in the seconds after sensory information has gone (Long et al., 2018). Working memory is distinguished by its restricted capacity and different stores for different types of information, such as different phonological and visual-spatial stores (Baddeley, 2003).

The brain’s role in attention and information processing

The hippocampus is known to play a vital role in episodic memory. Recent research from healthy controls and amnesic patients has shown that it is also involved in implicit memory (Squire & Zola-Morgan, 1991). The occipitotemporal cortex is vital in selecting what information encodes since it enables basic sensory processing of incoming information (Long et al., 2018). The prefrontal cortex aids cognitive control processes by biasing processing in posterior regions. Such top-down biasing acts serve to direct perceptual and reflective attention (Miller & Cohen, 2001).

ADHD in a South African context

According to the American Psychiatric Association (1994), Attention deficit hyperactivity disorder is characterized by inattention, hyperactivity, and impulsivity symptoms. This neurological disorder can present itself during a child’s early developmental stage (Roth et al., 2017). Information regarding ADHD in South Africa is limited but can be estimated at between 5% and 10%; it is also suggested that early detection is vital because of its negative characteristics (Schellak & Meyer, 2016). Midlander et al. (2020) notes that attention is essential for success in school, and children with ADHD may find it difficult to follow and complete tasks reducing their success rate in a school environment (Roth et al., 2017). The World Health Organisation has developed the Adult ADHD Self Report Scale (ASRS), a test that can be done to assess ADHD. The limitation is that although this test is available for many languages of the west, it does not cater to South Africa, which has 11 official languages (Campbell & Young, 2016).

The ability to retrieve memory impacts what is remembered in the future, and it can also be noted from this essay that for successful retrieval, there needs to be undivided attention with little or no distractions (Dudukovic et al., 2099). Memory is a perceptual construct, and although the emphasis is placed on accuracy, Edwards and Potter (1995) argue that this is an impossibility as there is no record of the original event. Therefore, in my opinion, memory is selective according to the need of each individual.

Barriers to Learning: Attention deficit and hyperactivity disorder and little or no

Cherry, E.C. (1953). Some experiments on the recognition of speech, with one and with two

Duncan, J. (1984). Selective attention and the organisation of visual information. Journal of

Groome, D. (1999). An introduction to Cognitive Psychology: Process and Disorders.

Deficit/Hyperactivity Disorder Self-Report Scale into an African Language: An 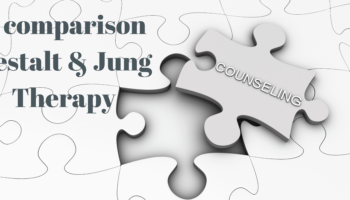 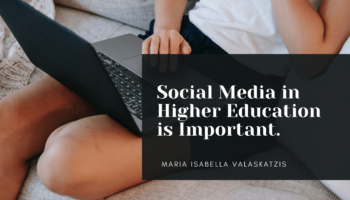 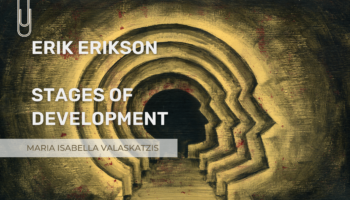 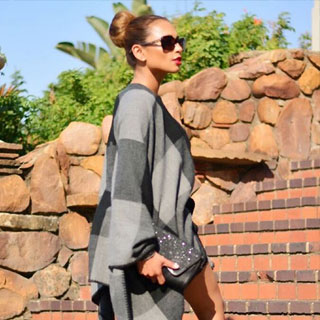 VKATZ was founded by South African born Maria Valaskatzis. The Inspiration for VKATZ by Maria Valaskatzis began at her tender age of 17, when Maria became a Model. Maria holds an international accreditation in Makeup Artistry, Image Consulting and Fashion Styling. Ambitious and driven filled with wonderment.Her inspiration and enthusiasm in the world of fashion, beauty, lifestyle and travel is the foundation of VKATZ Lifestyle blog. 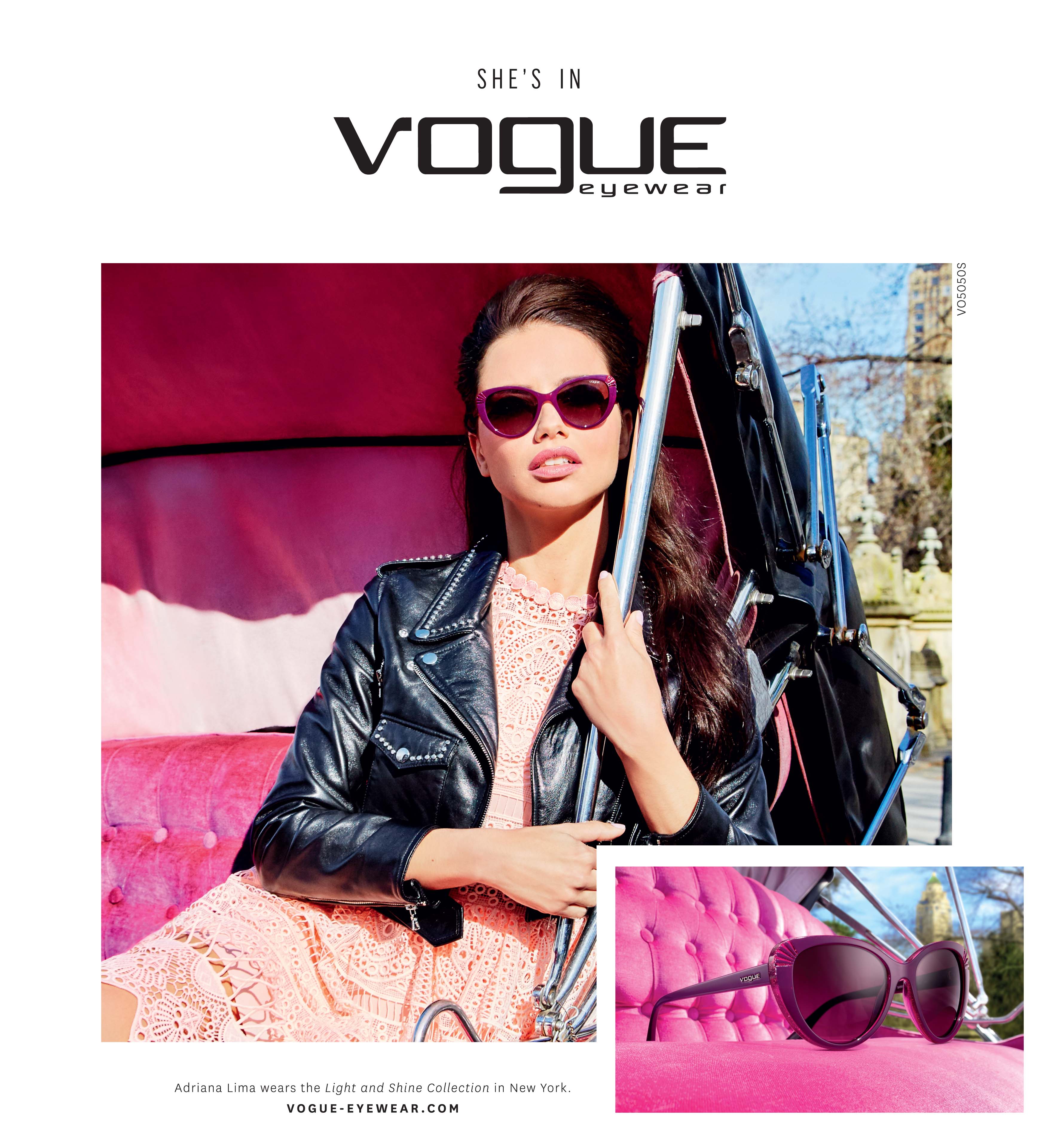